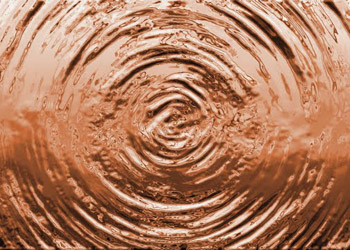 Itâ€™s not many years ago since the first hydrogen-powered cars were created. Using hydrogen as a fuel source is superior to conventional combustion-based engines in many ways. The main one is this: Extracting energy from hydrogen molecules is not polluting in any way. In fact, the only byproducts from this process are water and heat! A small team of researchers at Israel Institute of Technology has now discovered a way to harness solar energy with rust:

â€œWe have found a way to trap light in ultrathin films of iron oxide that are 5,000 times thinner than typical office paper. This is the enabling key to achieving high efficiency and low cost. â€ states lead researcher Prof in materials science Avner Rothschild.

This opens up for several new applications in solar power. Using the research of the Rothschild and his team, iron oxide can possibly be used as a layer on top of solar cells â€œtrappingâ€ a certain amount of incoming sunlight for higher conversion rates â€“ or as a form of energy storage.

Iron oxide is not only ridiculously cheap, but also simple to produce and. These are all characteristics that are wanted when looking for new materials to produce solar cells with. Unfortunately, iron oxide does not have the best electrical transport properties.

The research team seems to have found away to overcome this limit: â€œThe light is trapped in quarter-wave or even deeper sub-wavelength films on mirror-like back reflector substrates. Interference between forward- and backward-propagating waves enhances the light absorption close to the surface, and the photogenerated charge carriers are collected before they die off.”

We can only speculate in whether or not the new technology will actually root itself in the future of solar power â€“ or if hydrogen ever will become the energy carrier of choice. But the research sure is interesting and holds a lot of promise.