Calculating the cost of fixing the planet 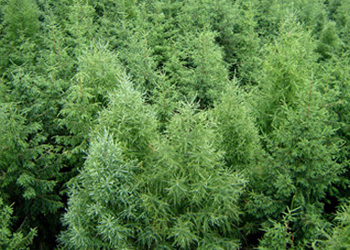 Consultants from the economics group PricewaterhouseCoopers have released a 40 year plan to reduce the threat of climate change, using a mix of energy efficiency, greater use of renewables and carbon capture technologies. The cost of this plan is surprisingly small, roughly equal to 1 year’s economic growth over the 40 year span, or a mere 2.5% annual growth reduction.

The goal of the plan is to stabilize CO2 levels at 450 parts per million, a concentration deemed acceptable by climate scientists. If such a plan isn’t enacted very quickly, atmospheric carbon dioxide levels could more than double by 2050, resulting in drastic climate changes. Climate change skeptics aside, so far the major opposition to any serious large-scale reduction in carbon emissions has been the perceived notion that it will be too expensive for the economy to bear. The PricewaterhouseCoopers plan shows that this isn’t the case, and in fact while ‘going green’ may reduce the GDP very slightly, this may be irrelevant as actual wealth will be improved due to other related factors.
By reducing carbon emissions to the atmosphere, other emissions associated with the same processes will also be reduced. This will reduce respiratory health problems, and as the climate reverts to a more stable state heat waves and extreme temperature swings should be reduced, further reducing associated health costs. Another factor that’s often overlooked is the role of natural systems in environmental processes. A recent report by a Montreal-based economist estimates the Canadian boreal forests do roughly $93 Billion dollars worth of environmental cleanup each year in the form of purifying air and water. This must be taken into account when making decisions about forestry and other activities that may impact this vital asset. Not only is the loss of any of this natural capital harmful to the surrounding ecosystems, any loss of environmental cleanup being accomplished would be added to the cost payable by humans – and trees can do the jobs much cheaper than we could. We have many other substitutes for trees for uses such as paper, cardboard and housing, but we have very few other options for cleaning the air and water.
People often ask what an individual can do to make a difference with regards to climate change, and there are many answers to that. Usually altruism isn’t enough of a motivating factor, but appealing to people’s wallets often is. A quick search on Amazon reveals many books about saving money by saving energy; one example is The Home Energy Diet by Paul Scheckel. I’ve spoken about Ecology vs. Economy before, and have stated how much money can be saved by increasing energy efficiency. Per person, this is less than what the PwC plan is calling for, so if enough people undertook energy conservation measures we could achieve the goals of the carbon reduction strategy while keeping more money in our pockets at the same time.

The question is no longer can we afford to fix the planet, instead it’s how can we afford not to?
Cost of saving the planet: 1 year’s growth – Guardian Unlimited, via Hugg