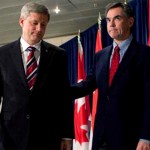 In December Canada joined the Copenhagen deal on climate change, although very reluctantly. Many countries signed the deal, in itself a remarkable achievement, however none of it is actually legally binding. Canada's Prime Minister Stephen Harper and Environment Minister Jim Prentice, picture 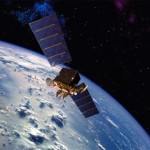 A CIA program designed to study climate change by tracking Arctic ice and other visual indicators has been reactivated and is already providing shocking evidence of recent rapid ice loss, much to the dismay of climate change skeptics. This program was operating throughout the Clinton years, but w 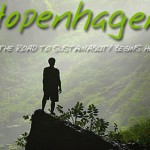 On December 7th, world leaders and climate change experts will meet in Copenhagen for COP15, the United Nations Climate Change Conference. This is regarded as some as the last best chance the world has to decide on an effective plan to reduce global carbon emissions. "Let's turn Copenhagen in 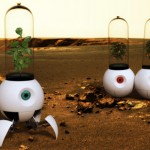 A finalist in the Electrolux Design Lab 2009 competition, Czech designer Martin Miklica has the future in mind with his robotic creation 'Le Petit Prince', a robot designed to nurture Earth plants on the surface of Mars. Looking quite like something straight out of Star Wars, 'Le Petit Prince