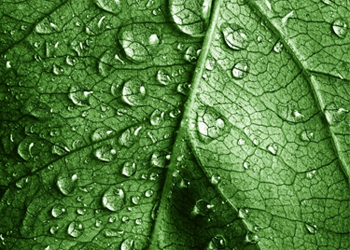 2010 has seen a wide range of events that had far-reaching environmental impacts. Here’s a brief look at a few of the things that happened in the past 12 months, both good and bad.

The year started out on a low note, with the failure of the Copenhagen summit, and soon afterwards received another blow as the impoverished nation of Haiti was rocked by a major earthquake. The world responded, and several sustainable technologies were deployed to help, such as the water purification technology from LiveGivingForce. Thanks to the generous support of Green Geek readers, we were able to raise a sum of money which was donated to both the Canadian Red Cross Haiti Relief Fund, as well as Architecture for Humanity‘s relief work.

Just a few short months later, disaster struck again, as BP’s Deepwater Horizon oil rig was destroyed, creating the worst environmental disaster in North American history. This brought much attention on the need to protect our oceans, as they are vitally important to all life on the planet.

The year wasn’t all doom and gloom, however. Several groups are looking forward to the future, to using technology to solve some of the biggest problems facing us. From a return to airships for air travel, to using rocket technology to clean our dirtiest energy producers, to magnetic levitation wind turbines finally becoming available for purchase, there have been many exciting developments in green tech.

Many green building innovations were unveiled throughout the latter parts of 2010, giving hope for a greener 2011, and after much anticipation, the first 3 Living Buildings in the world were certified with one project, owned by my friends Ann & Gord Baird right here in Victoria, achieving partial certification. This is a remarkable feat, because their home project was started before the Living Building Challenge was even released.

These are just a few of the things that happened in 2010, what was most memorable to you? What are you looking forward to in 2011? Share your thoughts and comments below.. and have a Happy New Year!