Hamburg, a vision of Sustainable Development 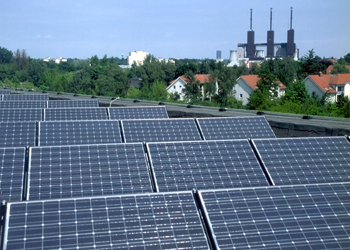 Hamburg is a world-famous industrial city and port, or, at least it was until 2011. This is the year Hamburg wasÂ honouredÂ with a title of European Green Capital, emphasizing the efforts and achievements of local authorities in promotion of green lifestyle, recycling technologies, eco-friendly manufacturing, etc. Thanks to the project â€œHamburg â€“ HafenCityâ€ Hamburg turned into a vivid vision of sustainable development. Having a population of 1.8 million, it demonstrated both it has urgent environmental problems and ambitions plans to solve them, thus outranging nearly 35 European cities of the same size.

To be more specific, HafenCity covers an area of about 400 acres, between the downtown and Elba River. Previously this district was a heart of Hamburg industrial manufacturing, especially facilities on the river. On the contrary, its modern view is far from the past: upon completion the reconstruction, 5,500 houses (some of them falling under the subsidy for low-income residents), as well as shops, parks, recreation and entertainment, schools and kindergartens, office buildings and the university will be located on previously neglected areas. Everything will be equipped with pedestrian walkways and public transportation, meeting environmental standards of Hamburg.

The other part of the city, requiring immediate improvements, is Wilhelmsburg, located south to HafenCity, across the Elba River. The dynamics of local livelihood was characterized mainly by busy and noisy port operations, cars heading to waste deposits and plants and municipal houses taken by immigrants. However, the reconstruction of Wilhelmsburg is not the only goal of local community; promotion of green lifestyle should encourage inflow of permanent residents, and turning it into one of the now famous â€œgreen residential estate (neighbourhoods).â€

Greening of the Hamburg port is one of the key features of the environmental agenda. The main achievement, which distinguishes Hamburg from other green cities, is the introduction of â€œcontainer taxi” floating along the Elba River. It was offered in 2004 by Carl Robert Eckelmann Transport und Logistik (local firm). New transportation service uses well-equipped stevedore barges, which are 76 meters long and 11 meters wide. These container taxis can load 1,100 tons of bulk, which will be transported across or along the Lower Elba. Above all, implementation of such a tool in the water reduces the load on port roads: one voyage of a fully loaded container taxi replaces about 50 trucks runs. During one year, 150,000 containers are transported from terminal to terminal.

Speaking of sustainable development agendas, it is impossible not to mention renewable energy issues. Hamburg is not an exception in popularization of eco-friendly power generation. Hamburg has set itself an ambitious goal: to reduce emissions of climate-damaging carbon dioxide at 40% by 2020, and 80% by 2050. Then the city will be operated completely without fossil fuels. So, for the past 12 years Hamburg has almost tripled the amount of renewable energy sources thanks to embedded solar panels and windmills.

Clearly, not all of these plans have been accomplished to date, but the whole idea of altering Hamburg industrial landscape could not but astonish and inspire the following European green capitals – Vitoria-Gasteiz (2012) and Nantes (2013).

This is a guest post by Maria Kruk, a green tech author for Patentsbase.com.