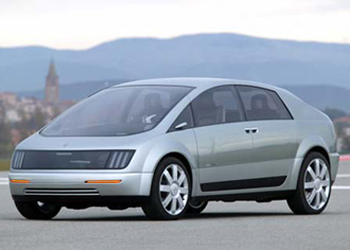 Jerry Woodall, an engineer from Purdue University, has developed a method that uses an aluminum alloy to extract hydrogen from water on contact. This process eliminates the need to transport or store hydrogen gas, 2 things that have been major obstacles to achieving the much anticipated hydrogen economy.

Hydrogen is generated spontaneously when water is added to pellets of the alloy, which is a mixture of aluminum and gallium. Aluminum has been used for a long time in chemical production of hydrogen, but the addition of gallium makes this alloy far more effective as a catalyst. As aluminum oxidizes, a skin forms on itâ€™s surface preventing further contact between the aluminum and the water. The gallium prevents this skin formation, allowing the reaction to continue until the aluminum has been used up. The aluminum has a strong attraction to the oxygen in the water, and when water is added to the pellets the oxygen is stripped out of the water molecules, leaving free hydrogen gas as a byproduct.
This technology is being looked at to allow the conversion of cars and trucks to hydrogen, but the prospects arenâ€™t quite as good as a first glance might suggest.

However, using the pure hydrogen generated from this process, a fuel cell system would run at closer to 75% efficiency, reducing the previously mentioned problems by 2/3. Fuel cells have long been touted as being the ultimate in power generation for mobile uses, but the complexity, inefficiencies and cost make them remain impractical for general transportation uses when compared to the simplicity of battery electric vehicles for urban use. The technology does become far more favorable when used with fuel cells instead of internal combustion however. For general urban transportation, I favor solar/wind/geothermal powered battery electric vehicles, but there are several other applications for which on-demand hydrogen fuel cell systems would be ideally suited:

These applications would benefit from the ease of fueling (just add water!) and clean operation that on-demand hydrogen would provide. Because they would not be part of normal urban usage, the hindrances of the system would be minimized and would remain cost-effective.
Source: Purdue University