Ocean Acidification, the other carbon problem 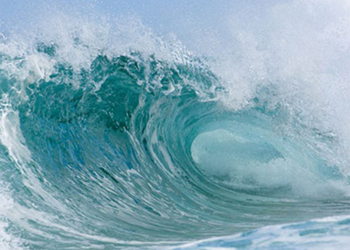 While much of the attention on the effects of climate change have been on our atmosphere, the Earth’s oceans are also being affected in a dramatic way; one that we’re just beginning to understand. Ocean acidification is a serious threat that cannot be overlooked any longer.

Over the last decade, scientists have discovered that excess carbon dioxide in the atmosphere is changing the ocean’s chemistry very rapidly. Ocean plant life provides nearly half of the oxygen in the atmosphere. At the same time, our oceans absorb about a quarter of the carbon dioxide we emit; since we started burning oil and coal roughly 250 years ago that amounts to 530 billion tons of carbon dioxide. This is a very sudden change, as prior to that ocean chemistry has remained stable for 20 million years.

Carbon dioxide, when dissolved in water, forms what is known as carbonic acid. Through this process, the oceans have increased their acidity 30% and the effects of that are already becoming apparent. The first sign of this effect was the death of coral reefs, in what is known as ‘coral bleaching’. The reefs lose their color because the organisms living on the reefs have died, leaving only the bone white calcium carbonate substrate. This is more than just a dismay to divers and tourists, it is a dramatic warning sign that we are making the oceans inhospitable to life.

The increasing acidity of the water is already having a negative effect on ocean life beyond coral reefs. Calcium carbonate, the substance used to form the shells and skeletons of many shellfish and corals, is more difficult to create, and in areas of higher acidity, some shells are even dissolving. This is a major problem for the planet, because one species in particular, coccolithophore algae, creates a body almost entirely out of carbonate and is what sequesters a large percentage of the carbon dioxide in the oceans. Generally these algae will grow carbonate ‘shells’ and then sink to the ocean floor when they die, but with an increasingly acidic ocean this cannot happen anymore and the carbon dioxide is not sequestered.

Beyond our basic biological needs for it, water is critical to all life on Earth and right now our actions are severely damaging it. The oceans have supported life on Earth for billions of years, but if we don’t act quickly to reverse the damage, we risk ending that life, and ours in the process.