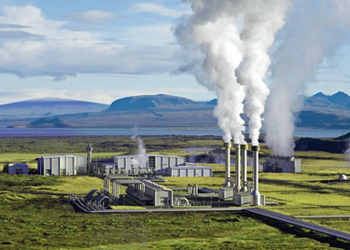 A recent study has revealed that geothermal energy is the cheapest form of clean energy available, with wind power being a close second, and both could become much cheaper than fossil fuel energy if more government funding was applied to develop the technology.

The recent report, by New York University Stern, calls for governments to start funding both geothermal and wind power research to yield faster and larger improvements than money put into solar research. From all the clean energy sources studied, geothermal energy came out as a clear winner, and the technologyâ€™s cost could be competitive with coal fired power with about $3.3 billion in research and development funding.

Although some countries like Iceland have made extensive use of their geothermal resources, North Americans have barely scratched the surface. In 2006, the United States generated about 2,800 megawatts of electricity from geothermal energy, which is 0.3% of total consumption. However, geothermal energy only costs 4-6 cents per kilowatt hour to make, according to the DOEâ€™s Energy Efficiency and Renewable Energy division. This is very close to the cost of coal fired energy, but without the massive carbon emissions.

To date, geothermal energy hasnâ€™t received a lot of attention from venture capitalists. The main reason for this is that itâ€™s seen as a limited market with very high entry costs, and geothermal power companies have long complained that they donâ€™t receive the government funding and support they require. This may be changing, however. The US Department of Energy has devoted $400 million in stimulus funding to developing geothermal energy technology.

Ask 5 green energy advocates what is the â€˜bestâ€™ clean power source, and youâ€™ll get 5 different answers; determining the best result depends entirely on the criteria. While the NYU Stern study ranked geothermal power #1, their report was based on costs. A 2008 Stanford report ranked clean energy technologies by environmental impact, with wind power coming out on top, followed by solar thermal technology; geothermal came in third place.

Discussed in the best selling book Hot, Flat and Crowded, Geothermal energy has a slightly higher environmental impact than wind or solar, due to the requirement for deep drilling, and the possible release of hot steam into the atmosphere with open loop systems. Even with closed loop geothermal systems, some heat will be released as the steam condenses after it exits the turbine. A huge benefit of geothermal energy however, is that itâ€™s not dependent on the sun shining or the wind blowing. As long as the earth is hot inside, geothermal energy will work, and at 4-6 cents per kWh, the technology will likely play a very large role in our energy future.