Tech to Protect Our Oceans 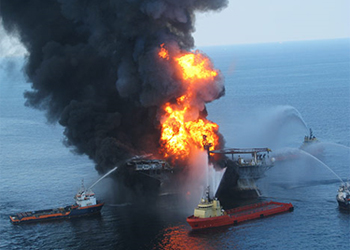 The month of June marks World Environment Day, World Ocean Day, and Global Wind Day – three environmentally conscious days whose main purpose is to spread awareness of environmental issues taking place in today’s world. Â The Gulf oil spill is a huge reminder that now is the time to invest, innovate, and utilize specific renewable energy technologies that can reduce our dependency on oil consumption and preserve our environment.

Ocean Renewable Energy Coalition (OREC) is a national trade association that is “dedicated to promoting marine and hydrokinetic energy technologies from clean, renewable ocean resources.” They incorporate over 40 members, some of which are literally “turning the tide” when it comes to renewable energy by using the known green technique of harnessing ocean waves and currents to produce energy:

Wave power technology, while underused, has been a known technology, for years. However, a more recent and developing green source of energy with a lot of potential can be found in algae within the ocean. Â Using algae as a source of energy is a new ideology but many believe them to be “the ultimate in renewable energy” [ii].

Half of algae’s weight is based off of oil, which can be made into bio-fuel that could be used on anything from cars to airplanes. Considering that there over 65,000 known algae species this could potentially be a big time future energy source.

The time to develop these technologies is now. Former President Clinton cofounded the Clinton Global Initiative (CGI), along with counselor Doug Band [iii], in order to address world issues.Â  Today, solving the energy problem is one of their top priorities.Â  Clinton recently issued a statement claiming that the U.S. Navy may have to step in and blow up the oil well in the Gulf to stop further leaks.Â  A statement like this really puts the magnitude of the problem into perspective.

Itâ€™s clear to see that now, more than ever, protecting our oceans stands for something much greater.Â  By saving our oceans, we are making a commitment to the preservation of our natural resources, our wildlife, and our humanity. Through the promise and development of a sustainable, renewable energy future, we can follow a new path which will redefine the meaning of life, liberty and the pursuit of happiness.

Marcus Reyes studied public policy with a focus on energy research and environmental sustainability.Â  He is an advocate of clean energy technology and contributes written work to the blogosphere related to energy conservation and environmental preservation. 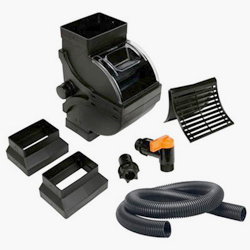