What is the greenest option for paper? 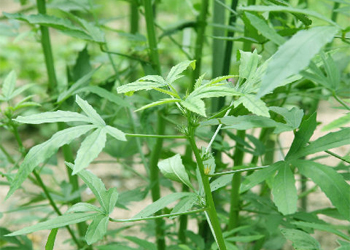 Recently I came across an article discussing the green merits of recycled paper vs. virgin paper produced from managed forests, but that raised the question of why we are still using trees for paper at all.

Becky’s post, over at Green Upgrader, asks “Is Recycled Paper the Greenest Option?” and she brings up some very valid points, but I’d like to mention that paper can be made out of almost any form of plant fiber, and trees are just about the worst option for that, managed or not.

Paper, the word itself derived from the Egyptian word Papyrus, used to be made primarily of grasses and leaves. It wasn’t until the early 20th century when demand for paper exceeded the available supply of purpose-grown grasses that people considered using wood pulp. People with a vested interest in timber were only too happy to sell their wood for this purpose, while simultaneously supporting the ban ofÂ  the previously used primary paper pulp crop, hemp.

Industrial hemp has been used for many purposes for thousands of years. Far from being solely used by granola crunching treehuggers, hemp has played a vital role in history. Prior to becoming revolutionaries, George Washington and Thomas Jefferson were both hemp farmers. Benjamin Franklin owned a mill that made hemp paper, and the US Declaration of Independence was drafted on hemp paper.

Hemp has largely been banned in the USA since the 1950s, using fearmongering based solely on it’s relationÂ  to the psychoactive plant marijuana. Thankfully many countries have realized the folly of this and have reinstated production of this valuable crop for paper, oils, and textiles. In addition, hemp paper is easily recyclable, and since it has far less chemicals in it than wood paper, is also safely biodegradable.

Paper made of grasses requires much less processing than wood-derived paper, and is far better for the environment. Anyone who’s ever visited a pulp mill can attest to the unpleasant smells, but the transformation of wood into paper also releases harmful chemicals such as dioxin. The chemical process used to produce wood paper also make that paper less durable than grass fiber paper, one of the reasons paper currency uses plant fibers instead of all wood pulp, and the acids use cause the paper to yellow and become brittle. Paper produced before the 20th century often remains in excellent condition because it is not made with acid-treated wood pulp.

With the rise of ebooks, email, and other digital media, demand for paper has been dropping. Grasses such as hemp, switchgrass and kenaf (pictured above) can be grown on marginal land almost anywhere in the world, and make excellent paper. They can also be made into paper much more cheaply and efficiently than wood pulp can, and since they are such fast growers, they have a much smaller environmental impact than harvesting & processing trees.

The solution is obvious, the greenest option for paper is locally grown grasses. This can provide local jobs, help sequester carbon, reduce the amount of harmful dioxin entering our waterways, and produce higher quality paper. It also has a very small carbon footprint.

So, why are we still using wood for paper?